Glamorous people, beautiful yachts, the jet-set lifestyle… to say that the French Riviera has long been associated with luxury would be an understatement. It is the place to play, where high rollers go when they hit the jackpot. Few destinations in the world boast more celebrities, more parties or a more cosmopolitan atmosphere. Here is a choice selection of the perfect places where you can get away to relax if you’re looking to spend some of those winnings…
Monaco 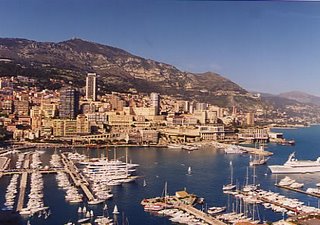 Think James Bond and Formula One and you’re halfway there… famous for its royal family, casinos, and as a haven for the incredibly wealthy, Monaco is regarded as one of the most elegant places on the planet – the ultimate playground for the rich and famous. Be sure to book a table at the Louis XV restaurant, located in the Hôtel de Paris, and generally regarded as one of the best restaurants on the Riviera. 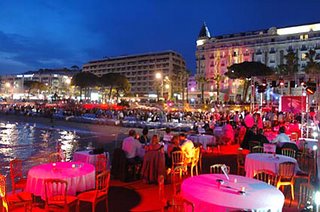 One of the most popular Mediterranean anchorages in the summer, Cannes is famous for its extravagant film festival and movie stars. The best way to soak up the atmosphere and enjoy it during the day is to stroll down the Croisette, the boulevard running along the seafront. For dinner and drinking, Baoli in Port Pierre Canto is the hippest place in town, or the Palm Beach nightclub where you can dance the night away under the stars. 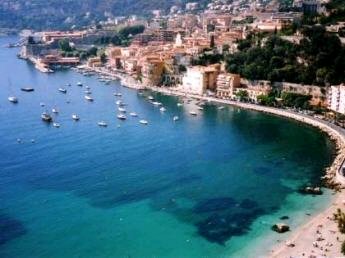 Popular among the very rich and famous, St Tropez has a reputation for its flamboyant atmosphere and as the place to be seen. People anchor their yachts for non-stop beach parties in summer, creating a uniquely festive and glitzy aura. Catch a glimpse of P-Diddy whilst enjoying lunch in Club 55, or the legendary Caves du Roi. Also popular is the VIP Room where, if you can get in, you can expect to rub shoulders with celebrities. 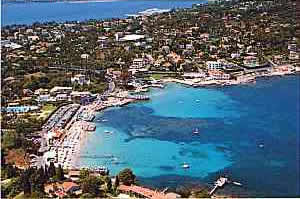 Studded with the villas and pools of the super-rich, Cap d’Antibes is a peninsula of pristine, sandy beaches set among a rough and rocky coast that to this day remains untouched by tourism. Film and rock stars are often seen at the ultra-trendy and exclusive Eden Roc restaurant. The car park has a greater concentration of Mercedes and Rolls Royce than you've ever seen and there are always bronzed Mediterranean beauties browning themselves in the sun.
Posted by Rockerfella02 at 10:06 AM
Email ThisBlogThis!Share to TwitterShare to FacebookShare to Pinterest
Labels: Food and Restaurants, Leisure Activities, Places - Hotels, Places - Rest and Relaxation