Updown Court - Most expensive home in the world

In this week’s entry we take a look at the current most expensive home in the world, priced at $139 million! The house is phenomenal and if you ever dreamt of living in a palace or castle, then Updown Court will amaze you with every square foot…. 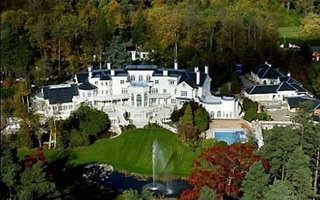 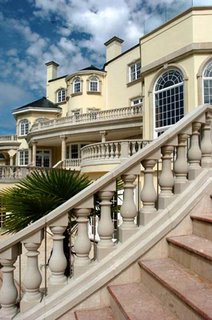 The epitome of luxury! Updown Court is situated only 25 miles from London, and through a pair of large sophisticated iron gates, one can see a palatial construction of immense scale and beauty. The main house consists of four floors; each with its own magnificence. There are also two guest houses which consist of nine bedroom/bathroom suites in total, a security lodge located next to the main house, as well as an underground garage with enough space for a small collection of luxury cars. On a heated marble driveway, one can take a ride up to the house, where a creation with 22 bedrooms awaits you. 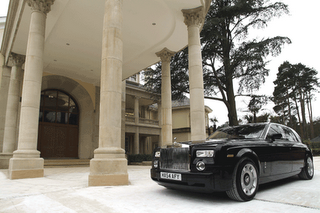 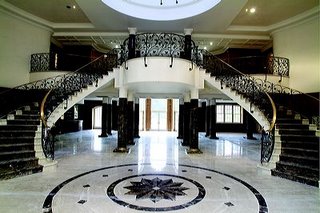 First impressions last! When you first open the doors to the main house, marble floors stretch from wall to wall, with staircases leading you to a world of luxury. The house has over 100 rooms, with 58 acres of open space to poise its elegance. Some of the surrounding neighbors include Elton John and also the duchess of York, but its Updown Court and its décor, such as the gold foil floor in one of the rooms, which stands out from the crowd. Updown Court is also known for the high level of security it offers. There is the security lodge and gatehouse for 24 hour safety, but it is the walk in safe and windowless “panic suite” with a steel door, which provides residents with the ultimate in security features. 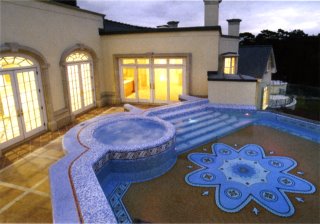 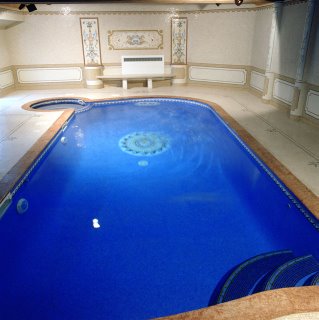 Pools galore! Most people would only settle for one pool, but not when you’re living at Updown Court! There are a total of five swimming pools; two are located in closed areas of the landscaped gardens, and the third outside pool is an “infinity pool” located on the roof, with spectacular views across the countryside. There are a further two indoor pools, one reached by its own private lift, which also has its own sauna, a beauty salon and dressing room. The other, a large pool located in the eastern wing. Most of the pool areas even have their own Jacuzzi as well! 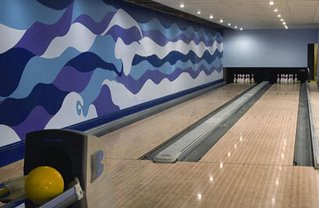 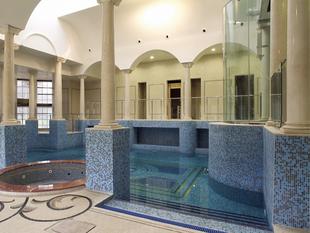 An entertainer’s playground! Updown Court is an entertainer’s best asset, since it hosts an array of spaces that present guests with elegance, relaxation and fun. In the basement there is the squash court, built in a glass box so that spectators can watch. For those up for a challenge, there’s the two lane bowling alley and the snooker room, but it’s the 50-seat cinema with a private bar that truly offers guests the best relaxation and entertainment. For formal evenings, Updown Court has a banqueting hall with two powder rooms…

Most of us will never own a house such as Updown Court, but know that you’ve made it if you ever get invited to an evening for dinner and snooker, at the most expensive home in the world.

Posted by Rockerfella02 at 4:41 AM
Email ThisBlogThis!Share to TwitterShare to FacebookShare to Pinterest
Labels: Fantasy Spending, Most Expensive, Real Estate, Updown Court

hi my brothers
how are you
please..please...please...
if you love god send to me money
because i have many big problems
i will loss my house and iam stay with my famely and my baby in the street
iam request from you after my god /.....the help
and i dont forget this all my life
and tahnk you very very much ..my brother
and i hope stay your money 100000 billione inshaa allah
p.o 1579 / 11947
jordan / amman
00962776236114
mahmoud8139@yahoo.com
mahmoud al ajlouni