Have you ever wondered what luxuries the near future holds? This entry takes a look at what’s to be expected, and some of them are dream come true experiences, that turn fantasy into reality…


Poseidon Underwater Resort – From $1,500 per night 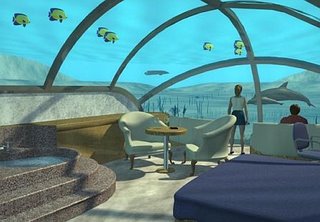 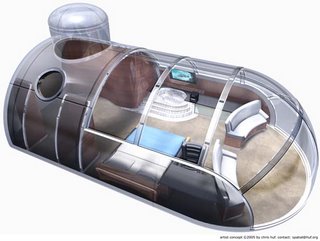 The world’s first undersea luxury resort! Fantasy movies and our fascination with ocean life; have long manifested a dream within every person to experience what it’s like to live under water. That is about to become a reality! Just off the coast of a private island in Fiji, Submarine engineers are constructing the world's first permanent sea floor resort that will truly capture the imagination of millions of people. The Poseidon Underwater Resort expects to open in a few years, and offers 6-star luxury suites with extraordinaire reef views and a chance to relax in the calmest place on earth. 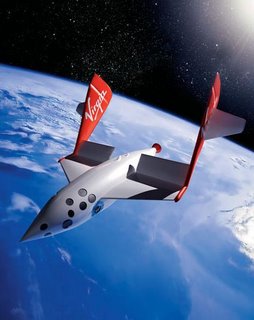 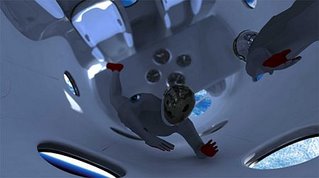 Another dream comes true! Imagine being shot 63 miles into space, floating weightlessly, and getting a most spectacular view of earth? This sounds impossible, right? Well, forget about becoming an astronaut to go to space, space travel is launching much sooner than you think. In 2008 Virgin will debut its galactic space trips, so that any ordinary person can get a glimpse of the most sought after view in the galaxy. Apparently, Angelina Jolie and Brad Pitt have already signed up for the 2008 launch, which will be the first. You can only imagine their anticipation! 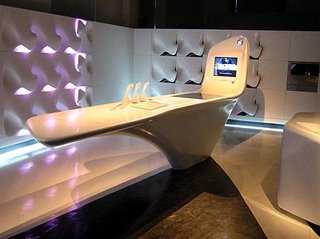 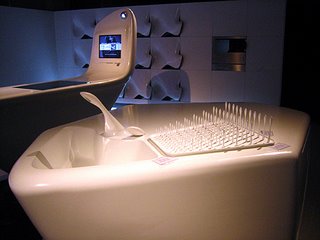 A look at the future! Although this kitchen might look as if it’s from a movie scene, set in the far distant future, it is actually a contemporary design of what kitchens aspire to becoming. Designed by Zaha Hadid, the Z-Island Kitchen represents an ultramodern and luxurious creation that truly captures the imagination. With kitchens like this, the excitement is ever growing to see what kitchen designs it will influence, and inspire.