There is always a thrill in speed, and an adrenalin rush at every bend! This entry takes a look at a couple of motorcycles that scream with individuality. You never know, you might be the next in line to own a motorcycle that screams with untamed luxury… 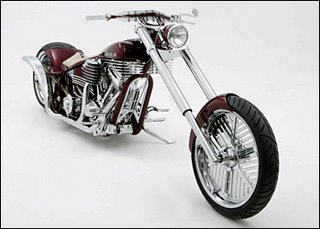 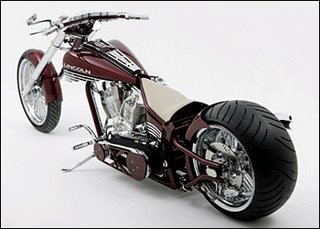 Ever thought that prestige could roar? Built by Orange County Choppers, the Lincoln Mark LT is the result of mimicked key design features of the Lincoln truck. If you ever thought what a truck would look like if it were a motorcycle, then the LT Bike is most definitely the best example we could find! Growling with precision and detail, the motorcycle demands attention whether parked, or screaming down the street. For $300,000 this is 100% sophisticated muscle, and an extremely unique possession since it was fabricated by the masters of chopper design at Orange County Choppers. 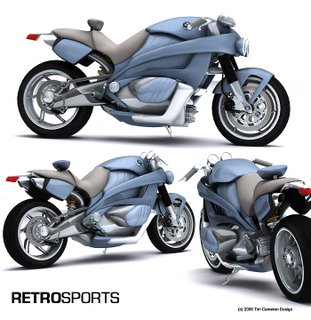 A look at the future of the two wheel thrill! This year revealed many extraordinary concept designs, but we felt that the BMW Bruiser MK 2 truly captures our imagination. Elements like the twin headlights and futuristic design bring old to new with lots of curves and chrome to amplify the retro concept. We’re uncertain about the specifications of the Bruiser MK 2, but never the less we want one since its design certainly goes beyond the norm, and leaves a great level of excitement within you. 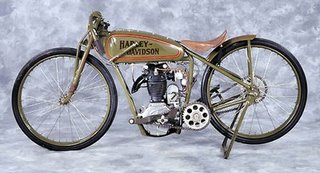 The classics always remain! It has no brakes, clutch or transmission, but that’s no problem; its how it was meant to be. In the late 20’s the Peashooter raced in many different factory races and could reach speeds of 100mph. Similar to the production series, but with phenomenal weight reduction been done, it is a timeless classic that lead most of the standings while racing in its heyday. Today, the Peashooter is still remembered by those that recognize it as one of the most sought after collectibles, which still looks, feels, and sounds like a Harley, with the only difference being that it has become exceptionally valuable and rare. Certainly, the Peashooter will never be forgotten 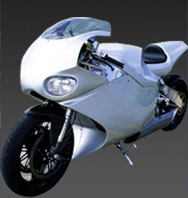 227mph of pure adrenalin! The MTT Turbine Superbike is the worlds first turbine powered motorcycle in its class, and has already been recognized by Guinness World Records as the “Most powerful motorcycle ever to enter production” and the “Most expensive production motorcycle”. Jay Leno was the proud owner of the very first one, and it is no surprise that it also made its movie debut in Torque. The motorcycle is phenomenal and features a rear mounted camera with an LCD color display, a forward and rear-looking radar detector, and a one touch “Smart Start” ignition. With only 5 being produced each year, the MTT is certainly the most exhilarating 2-wheel adventure available.

Posted by Rockerfella02 at 3:44 AM
Email ThisBlogThis!Share to TwitterShare to FacebookShare to Pinterest
Labels: Fantasy Spending, Jay Leno, Toys for the Boys