Who wants to be a Billionaire celebutant? - From Paris and Nicky to Amanda Hearst

In this entry we take a look at a couple of billion dollar heiresses, who are either at the top of every major Hollywood party list, or creating headlines in some other way! Yet, all of them still have one thing in common - they all love to spend daddy’s money!


Paris and Nicky Hilton – Inheritance to be worth an estimated $80 million collectively. 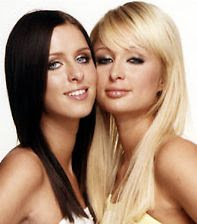 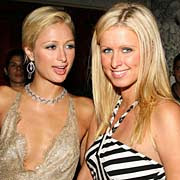 The simple life! As great-grand daughters of Conrad Hilton, the founder of the Hilton Hotel chain, Paris and Nicky Hilton are amongst some of the most popular heiresses due to their exuberant lifestyles. Continuously making the headlines, these Hilton sisters are associated to big Hollywood names and flashy parties that have also granted them their high profile status! It’s been estimated that Paris earned $7 million in the past year, mostly for attaching her name to various fashion items and a video game. Nicky on the other hand, has kept a much lower profile than her older sister and has her own clothing line, Chick by Nicky Hilton, and has also announced that she too will follow her great-grand father’s footsteps with the opening of her own chain of hotels, called Nicky O Hotels.


Julia Louis-Dreyfus - Inheritance to be worth an estimated $580 million 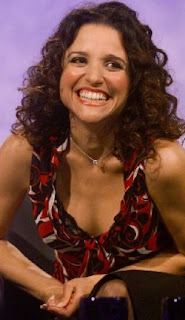 One of the favorites! Although she’s the daughter of French Billionaire Gerard Louis-Dreyfus, Julia Louis-Dreyfus is best known for her frequent television shows, especially when she played Elaine in Seinfeld. Her onscreen reputation has rewarded her with an Emmy and a Golden Globe award, which has completely outshined the fact that she’ll inherit almost $600 million one day. Unlike most heiresses, Julia Louis-Dreyfus has taken the opportunity to make her own fortune without the help of her billion dollar father, and has even fronted as a comedienne on Saturday Night Live!


Georgina Bloomberg – Worth of inheritance more than $1.5 Billion 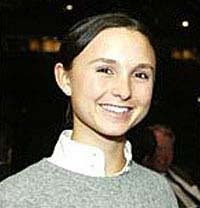 The bloom of riches! Her father, media mogul, Michael Bloomberg, is currently the mayor of New York, and also the 94th richest person in the world, but still that doesn’t get in the way of this ambitious 23 year old equestrian! Georgina Bloomberg is a two-time gold medalist at the North American Young Rider’ Championship, and has also competed at the World Championship! Collectively she has earned almost $300,000 from competitions and hopes to compete in the 2008 Olympics! She could very well have contributed to the tabloids as a celebrity heiress, but instead Georgina clearly prefers to create a buzz of her own.


Amanda Hearst - Worth of inheritance more than $2 billion 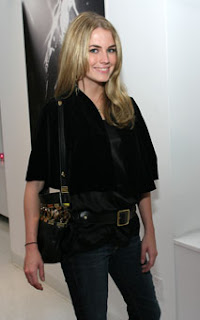 The blue-blood society’s new “It” girl! She has long surpassed the likes of Paris Hilton, and is making it clear that she’s the new premier of every high profile guest list! Amanda Hearst is the great-grand daughter of publishing tycoon William Randolph Hearst, and even has four uncles who made it to the annual list of the 400 hundred richest people in America! No wonder she spends over 130,000 dollars a year shopping for clothes, make-up and luxury vacations! The 22 year old student and model has such a high profile, that Hearst Corp.'s own Harper's Bazaar ran an article highlighting her exuberant lifestyle and shopping rituals.