Last week we showed you what you could buy with half a million dollars, and I guess you’ll all agree that most of the items were really fascinating. So, this week we decided to show you even more of the most extraordinary gadgets on the market. And you won’t believe that the majority of these items are actually the most expensive around! 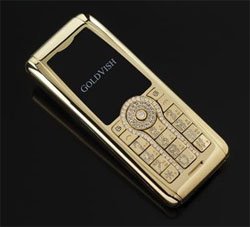 Mobile luxury to the extreme! Forget any top of the range phone you’ve ever seen before, the GoldVish Illusion has arrived! At 1 million dollars the Illusion is by no doubt the most exclusive phone ever made! Encrusted with tiny diamonds, the phone comes with a sapphire glass display and you even have a choice whether the casing needs to be in solid platinum white, or 18ct yellow or rose gold. The phone comes nothing short of the latest technological features, and those that seek alternative methods to conceal valuables, the Illusion even has a secret compartment! The back of the phone is equally mesmerizing and delicately finished in Crocodile or Stingray leather. 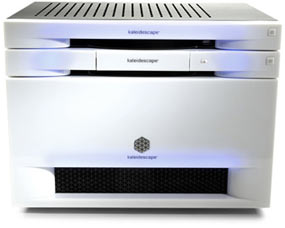 Compact entertainment that saves space! If you’ve got stacks of DVD’s and music CD’s, but have no idea where to store them, then the Kaleidoscape is what you need. The Kaleidoscape is a multimedia server which allows you to convert all those discs to digital form, letting you access them at the push of a button. You can even access your collection from any player you can set up around your house! If you haven’t got an exceptionally large collection, but wish to own one, then you can pre-order your Kaleidoscape with some of the best titles around. 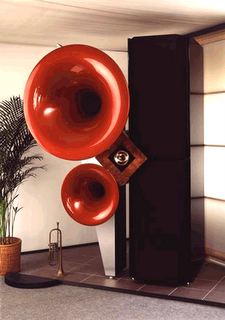 Speakers with horns? They might look like speaker sculptures, but in fact the Excalibur is setting new standards. Equally fascinating for being the most expensive speakers in the world, with a Guinness Record to prove it, these speakers reproduce music three-dimensional, thus making the sound so crisp and clear you’ll feel as if your part of an orchestra. Those willing to pay the bulky asking price can get their speakers in a unique color of their choice to blend with the surroundings. 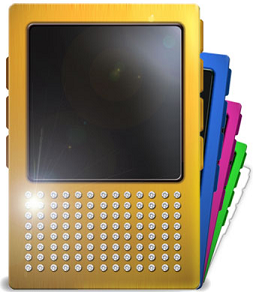 The most expensive MP3 player in the world! With the MP3 market completely over crowded, iPod decided to launch a new Presidential range to set them apart from the rest for good! Claiming to be the king of MP3 players, the Presidential range allows music fanatics to decorate their iPod in tiny diamonds, which are positioned according to their taste, as well as pick from a variety of exclusive colors. We are unaware of the specific features, but can imagine that for 45,000 dollars you should be able to load as many songs and video clips as you best well desire.

Posted by Rockerfella02 at 7:35 AM
Email ThisBlogThis!Share to TwitterShare to FacebookShare to Pinterest
Labels: Gifts for the Girls, Little Luxuries, Technology, Toys for the Boys